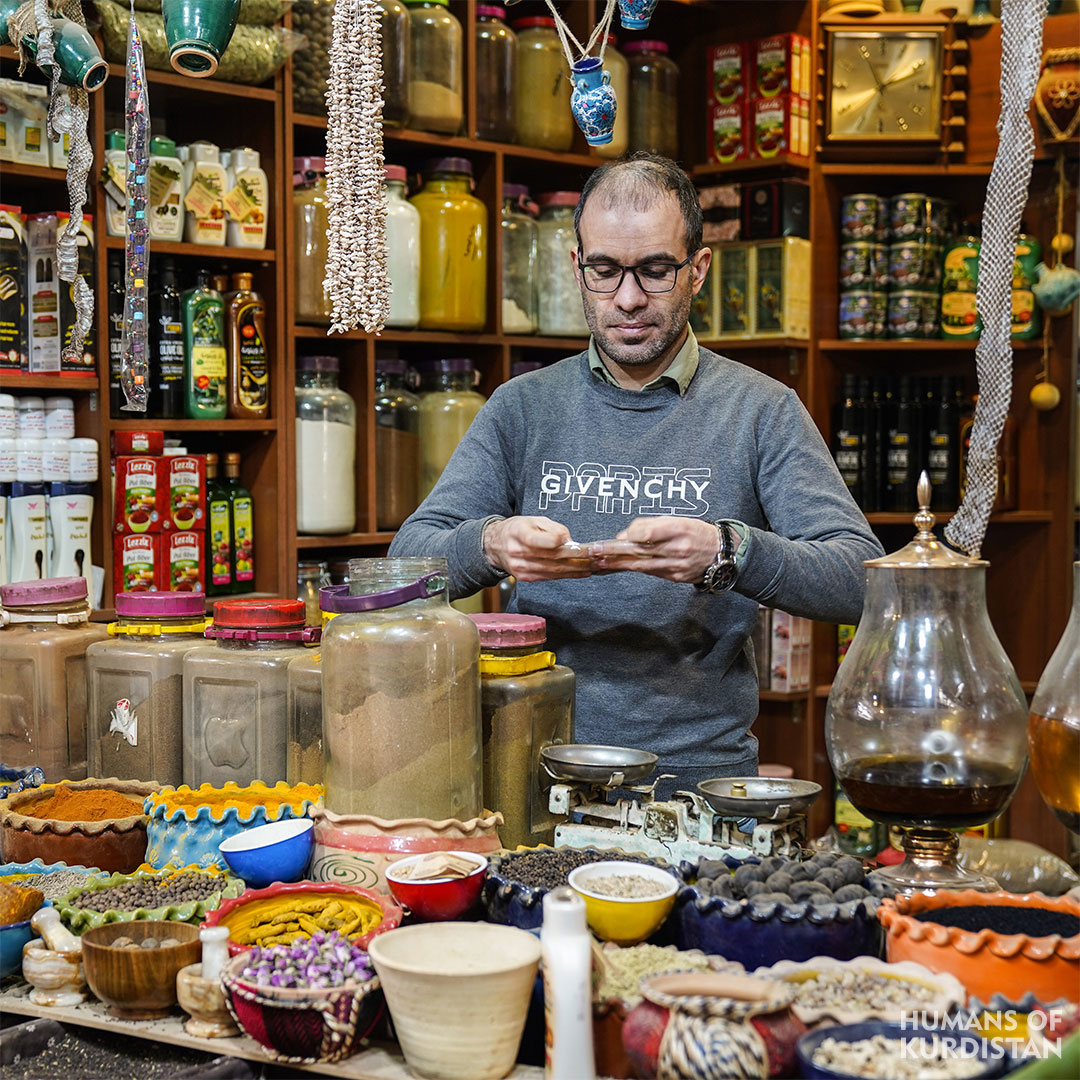 “Due to my job (selling spices), people visit me daily and ask me about casting spells. Some request to remove a spell that has been cast on them, and some ask to cast spells on others, or they ask for some materials and say that some Sheikh asked them to buy them. Whenever people visit me, I ask them to talk about their symptoms, some of them don’t have any symptoms of spells, so I recommend them to go to a psychiatrist. I don’t personally believe in casting spells on others, it is a sin in terms of religion, and also a very bad thing to do in general, why ruin people’s lives? Why all this hate? Some people thank me and say that I am right, but some get frustrated and say that because I don’t sell those stuff I don’t want people to buy them elsewhere. There are now people who trick others for their money, I hope everyone stays away from it”.