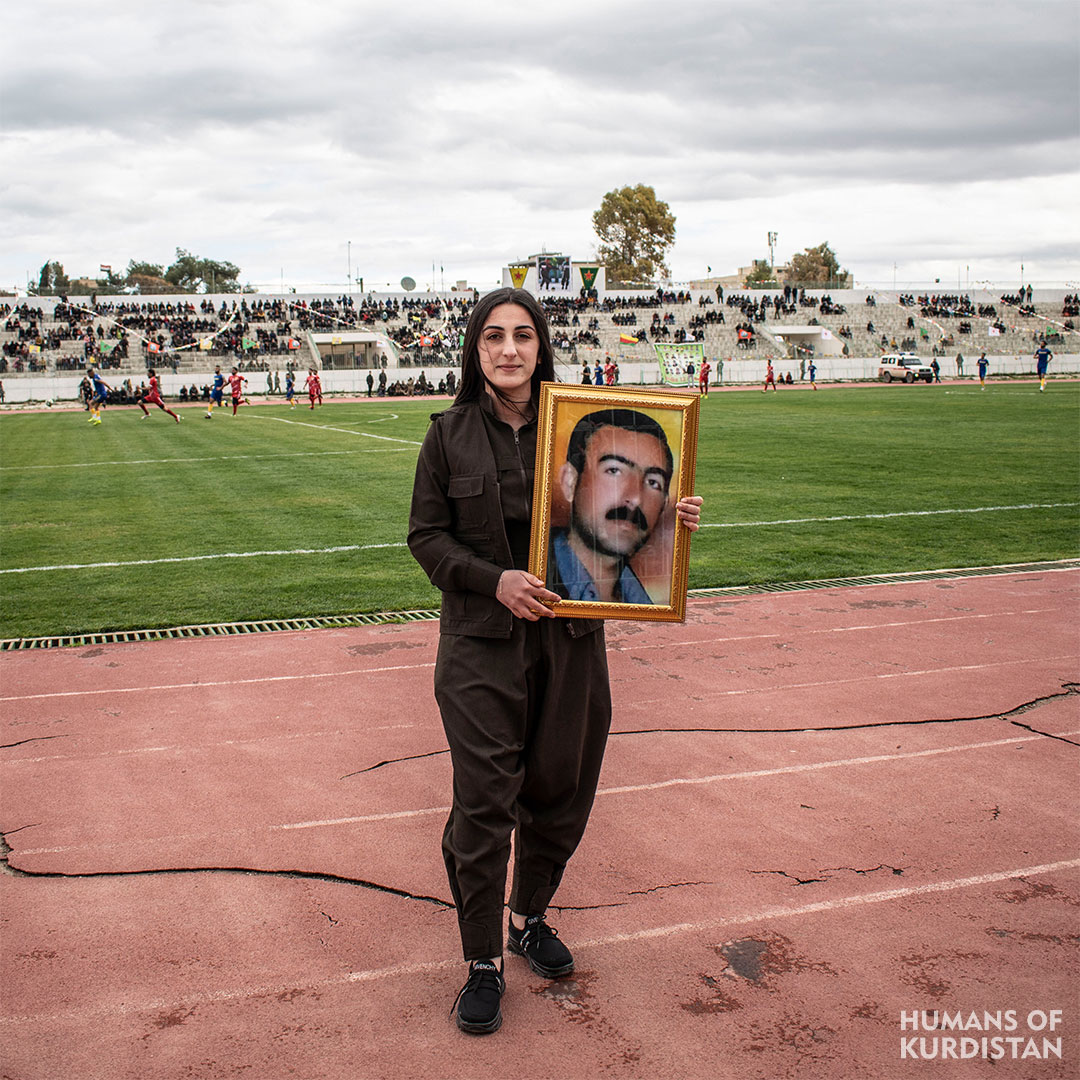 “I was just three months old when my father was martyred, and I have been raised without a father, but my mother acted like both parents. On March 12, 2004, there was a football game between Jihad and Fatwa football teams. During that game, Fatwa fans, attacked the Kurdish fans of Jihad team in Qamishli stadium. This led to a chaos and a protest by the Kurdish fans, but the Syrian police forces shot fires at the Kurdish crowd. Qamishli and the other Kurdish cities did not go to sleep that night. Every young person went back to the stadiums and protested, the police fired again and my father along with other fans were martyred. My mother told me this story, I truly wish he was here with us now because I really miss him. On the other hand, my mother had always tried to do what is best for us and sent us to school. Every year Qamishli’s municipality arranges a game between Qamishli (Jihad) team and Fatwa team to spread love between the fans. I am proud to be a daughter of a man who had fought the system back then”.