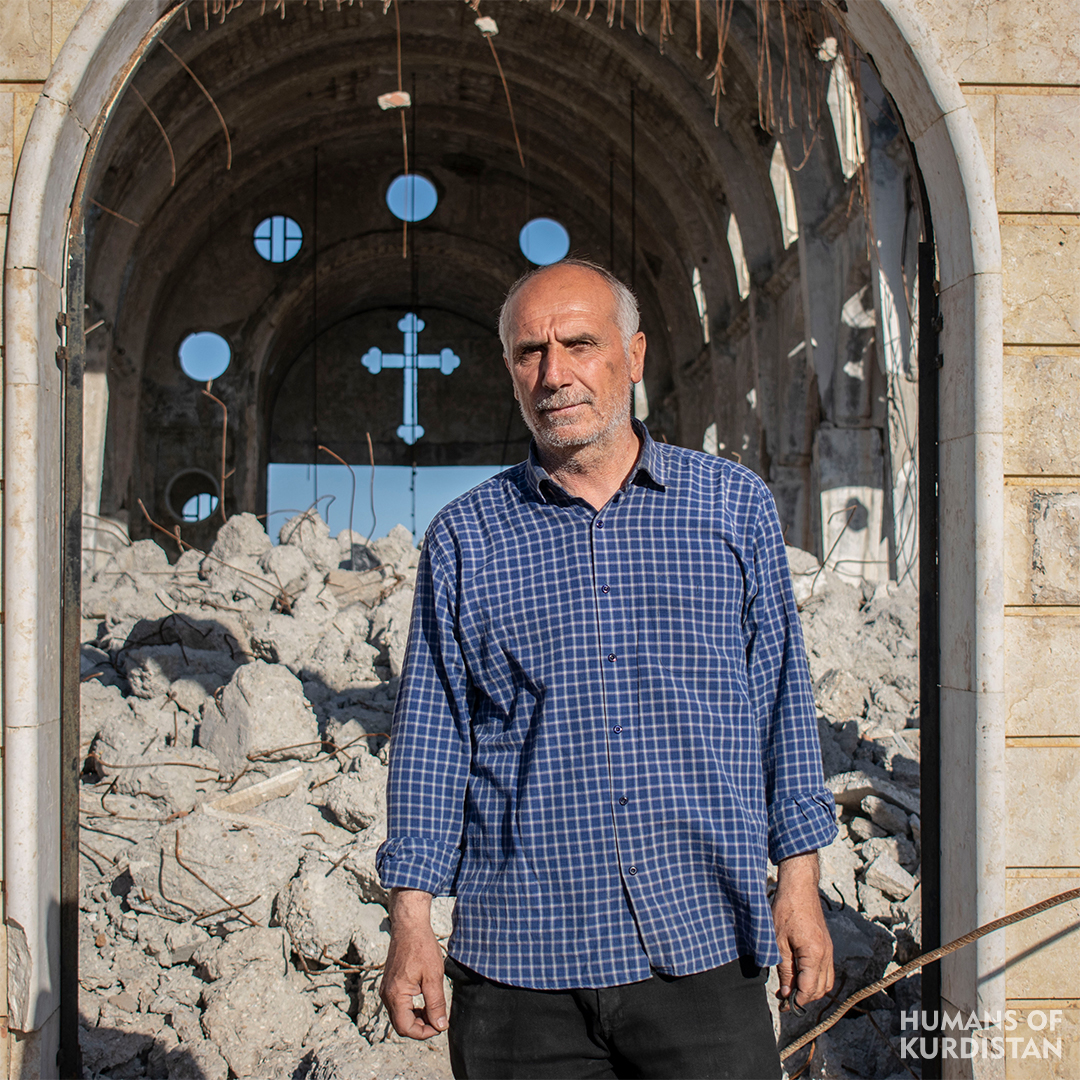 “One day while I was participating in a sports event in Latakia, I received the news that ISIS had attacked the villages around Khabour, and my village is there as well. I quickly returned to my village to defend our land. After a few days, ISIS attacked our village and we couldn’t hold on much, we retreated. Some of my friends were martyred along with Evana Hoffman who was a fighter from Africa fighting on our side, I was very sad. After ISIS’s invasion, some of the people went to Europe and some went to safer cities like Qamishlo and Hasakah. ISIS destroyed the church in the village, which was built more than 80 years ago, and that motivated us to liberate our village. After four months between ISIS and Khabour protection forces and YPG we were able to liberate the village that they had destroyed. Today, the 150 Asyrian families that were living in the place have all left, only my wife and I are left here. We wish that stability comes back to this please and the families return”.