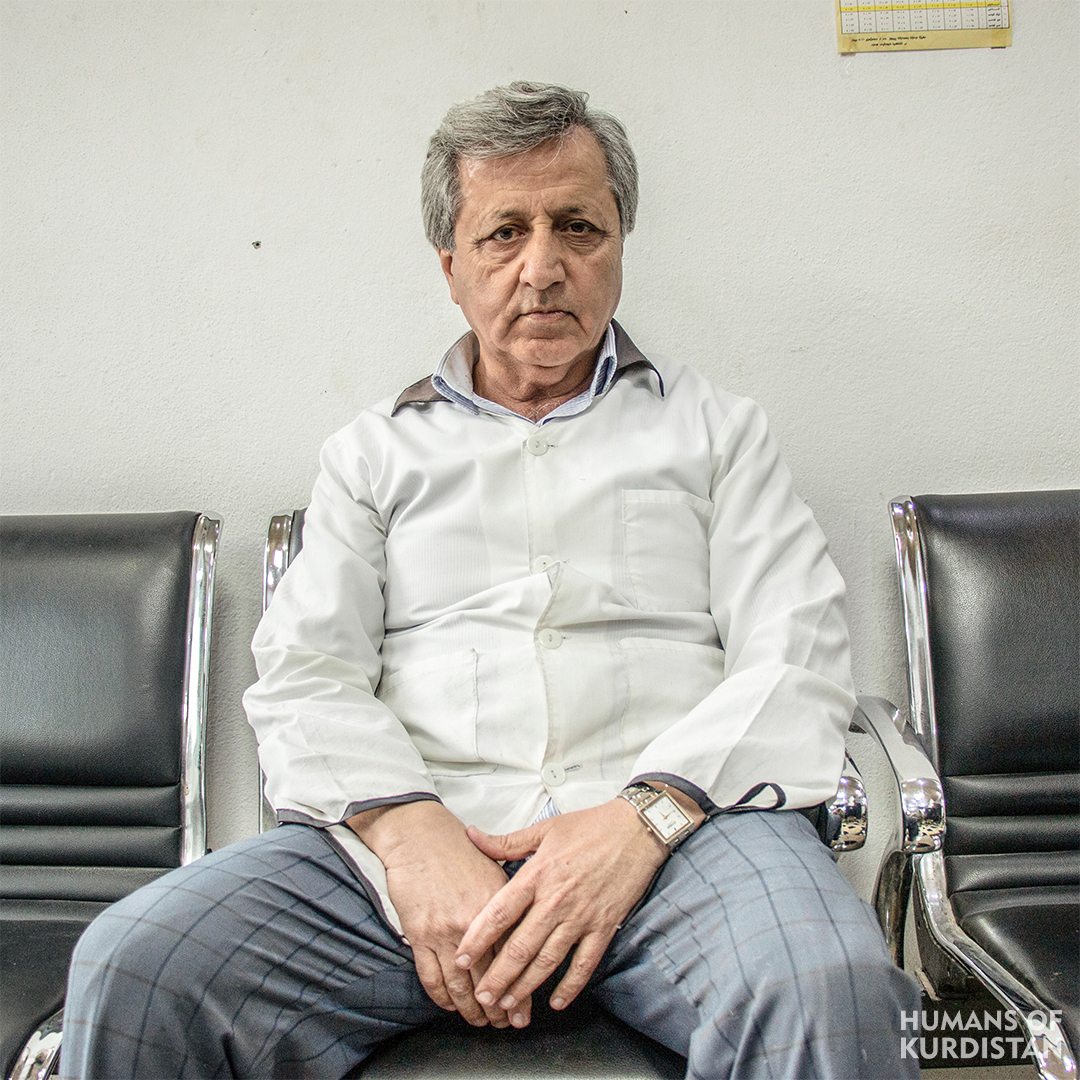 “As I turned 11, my hands became familiar with scissors, and I have been doing this job for 49 years now. In 1974 I joined the revolution, I opened a barber shop in Choman, and was cutting Peshmarga’s hair. When the revolution failed, I left to Iran to work. I then came back to Erbil and worked as a barber until the civil war in 1995. I then left to Akre and opened a shop there. While being a barber shop, my place also had become a center for art because back then the people used to support artists. I had the desire to take photos and record artists voices, and that led me to open a studio and produce music for artists”.

“I have also received awards and recognitions from the enlightenment ministry. When the war against ISIS started, along with some friends we were cutting Peshmarga’s hair in Akre, Nawaran, Khazr and Bashik, and we were also thanking them for their service. The difference between other barbers and me is that people with different ages come to me for haircuts.  I usually work with scissors, even though it is more tiring, but I like using scissors more because every haircut is different”.