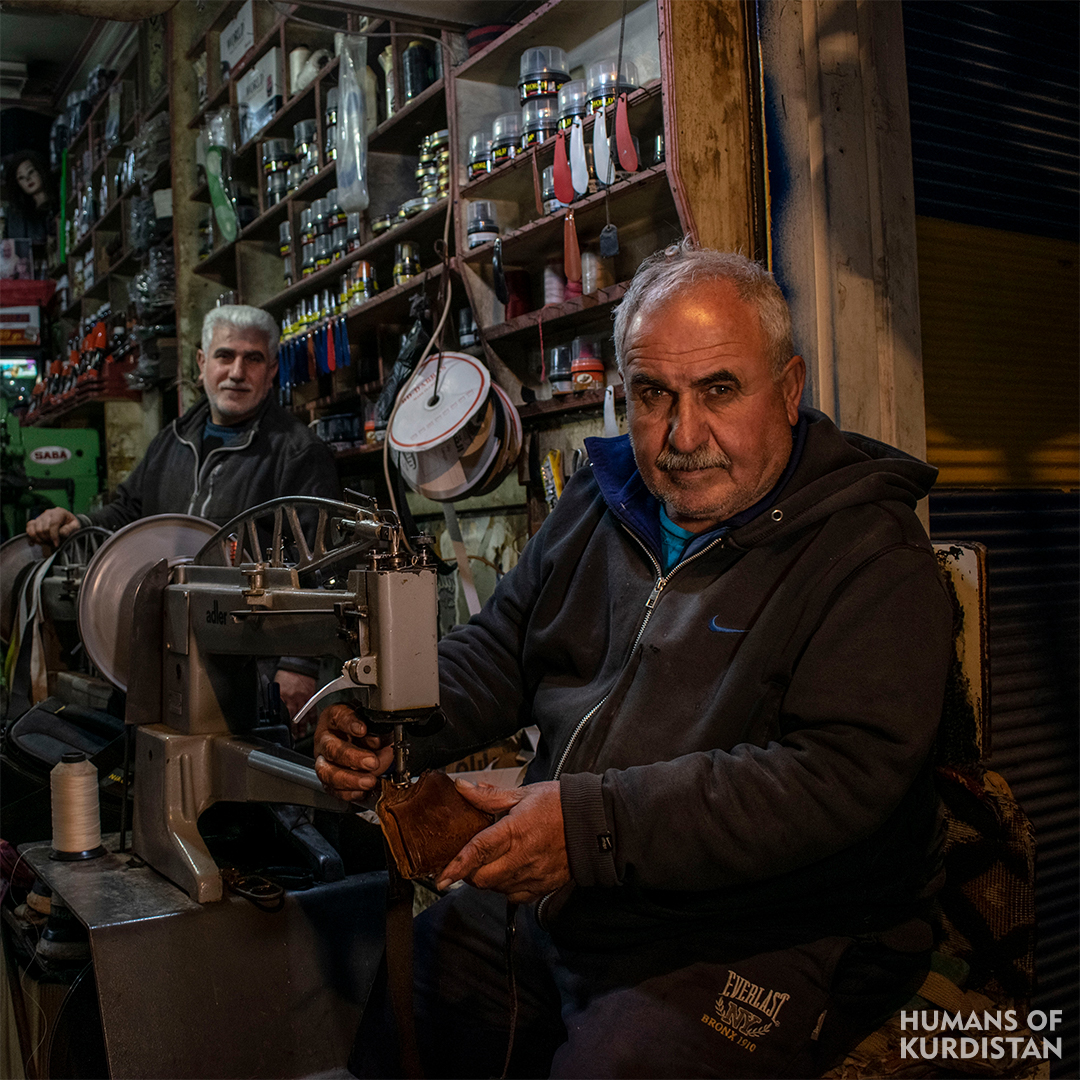 “I live in Qamishli, but originally, I’m from Cizire Botan. We came to Qamishli a long time ago, and now it has become our hometown. With the start of the war in Syria and the west, all of my brothers left but I insisted on staying. I decided to work and make a living for my kids. I have been a cobbler for 35 years. I learned from a man named Abu Salim and I owe him many favors. In the past, people used to do this job on the street. We were the first to open a store for repairing footwear and bags. After that, I opened a store myself and hired an apprentice. He was a quick learner and has stayed with me until now. We have been working together for 35 years. I love my job, but I get back pain because I sit most of the time”.