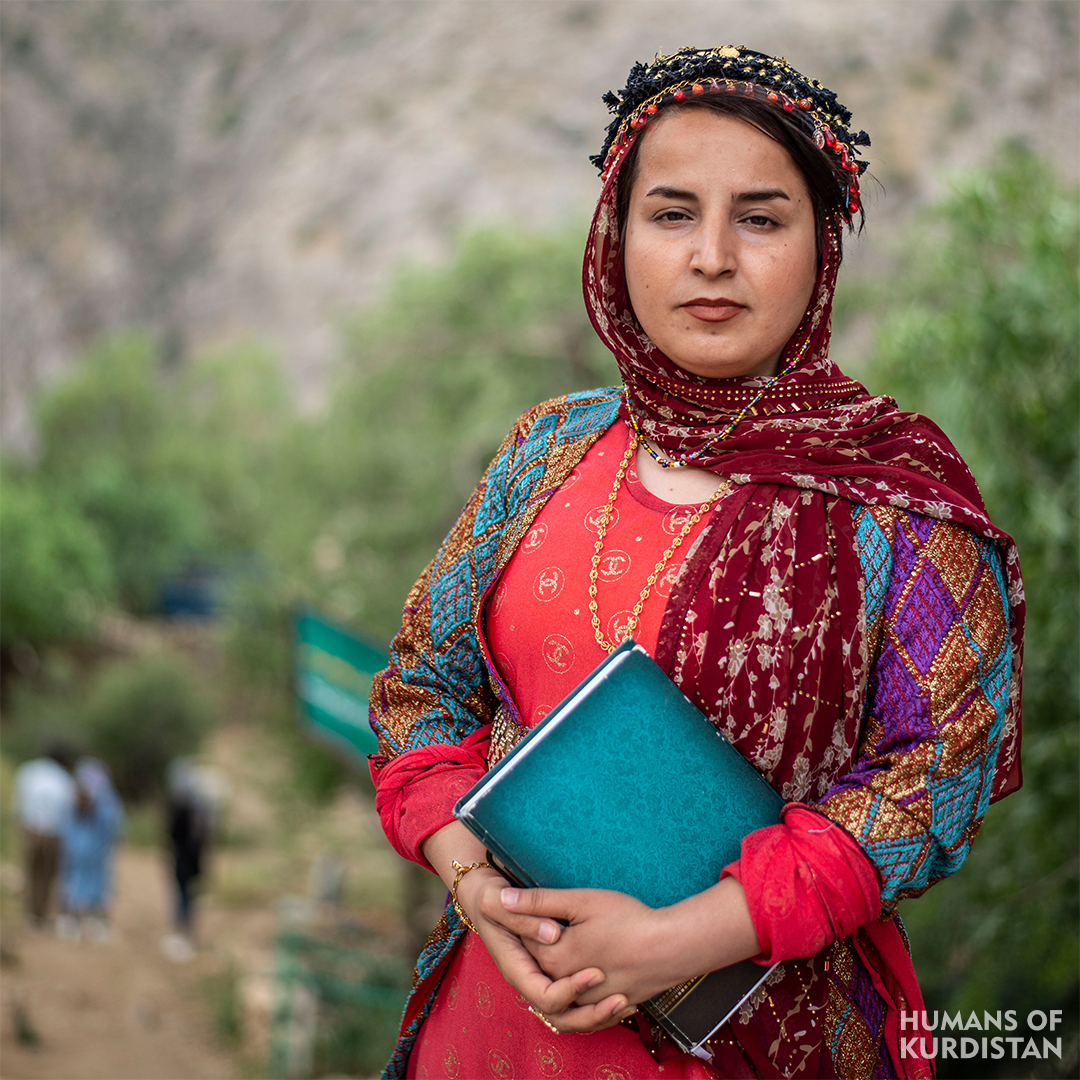 “Do not stand here, or else we will smash your head with a rock!”
“This was the first sentence uttered to me during the Pirshaliar Ceremony in Hawraman, it wounded me from the bottom of my heart. All I wanted to do was to serve my community, compose the ceremony in a scientific script, discuss and introduce it to the world. But my scientific degree was failed to be recognized here, nor my objective. The only thing they recognized in me was my figure as a woman. A woman infused with threats and warnings since the dawn of time, filled with suppression, and silenced voices. I altered my perspective for the first time regarding that situation while I was there; I refused to give up. I was aware that I had to take on a different path, no matter how far, but crucial and evident. Therefore, as a woman, I felt the need to demonstrate my experience in relevance to that sector without any shortcomings. Meaning, I chose a critical perspective, not only for the Pirshaliar Ceremony but generally for Kurdish folk tales that possess a superiority ideology, as a shred of evidence attesting to Kurdish history that has abolished women or disregarded them”.

“Frankly, the matters that have been attributed to Kurdish folk tales so far, have had a masculine perspective and have been free from a woman’s stamp. Although, I have considered the aspect that Kurdish female experience is different and has been assaulted within the oppression crossroads. I have been active throughout this sector for 7 years now, even though I have been heavily criticized and opposed. This opposition has been mainly from men because they are not very fond of any altercations in regards to their authority. But I have not gone astray, and it is decided that next year, I will be publishing my first issue within the structure of a book that consists of various divergent readings. I hope to have had served Kurdish women initially, and later on the Kurdish Library as my first tread, even if slightly. Hopefully, from now on we will witness a women’s touch further in this department”.