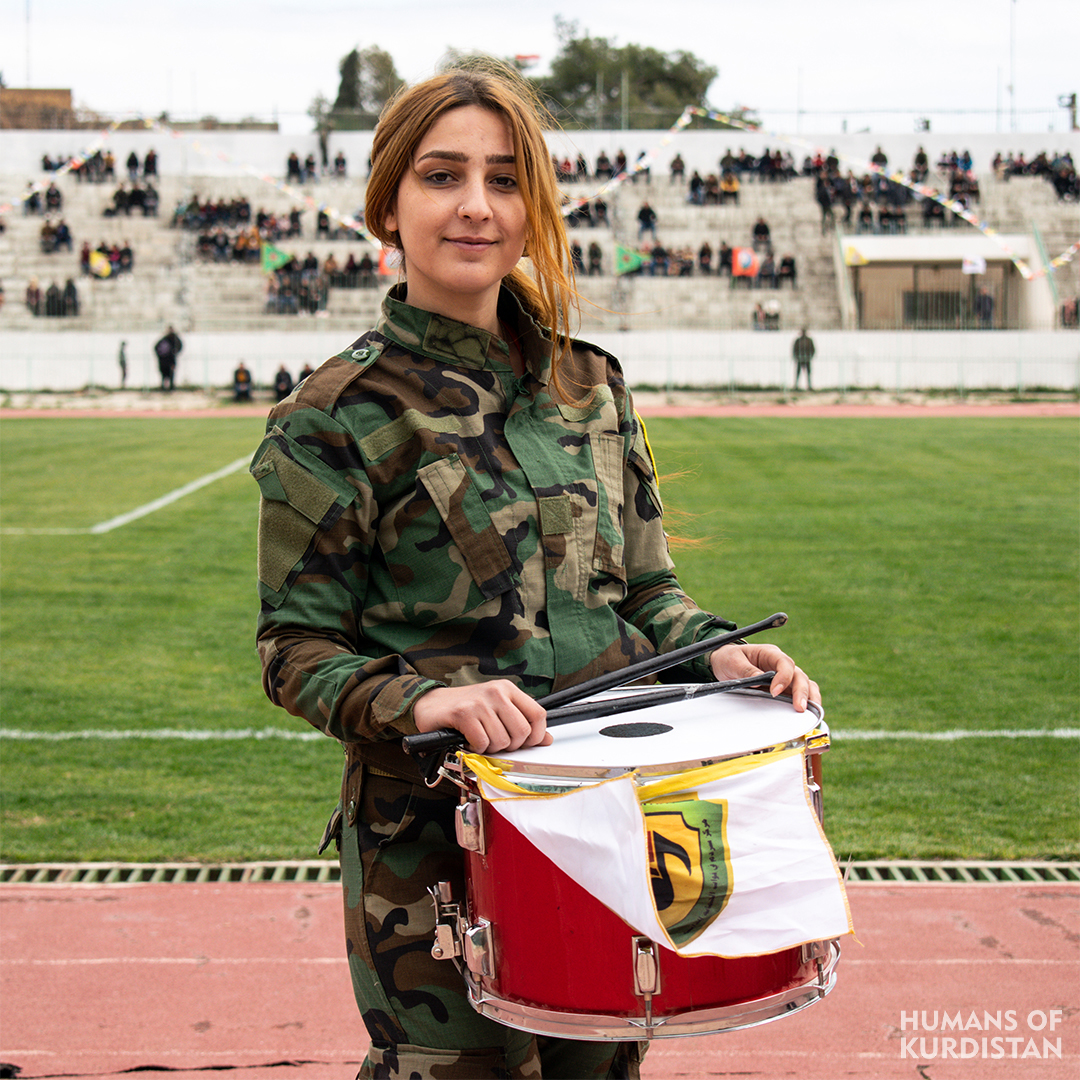 “I grew up in a socially accepting family. One day, 3 years ago, I was watching the Ms. Musical Ensemble during the national formal ceremonies. I was mesmerized by their adequacy, costumes, and discipline. This motivated me to practice and join this ensemble. My family did not hold me back, they even supported me. I accomplished my dreams when I participated and became one of the group’s elementary members. Now, I participate in every formal ceremony. I faced a lot of backlash from society because I am a female, but my family was supportive and I had faith in what I was doing, so I did not respond to the criticism. From this moment on to the Western revolution, which was also a revolution for women, they were able to partake in every sector; they became the holder of their own free will”.