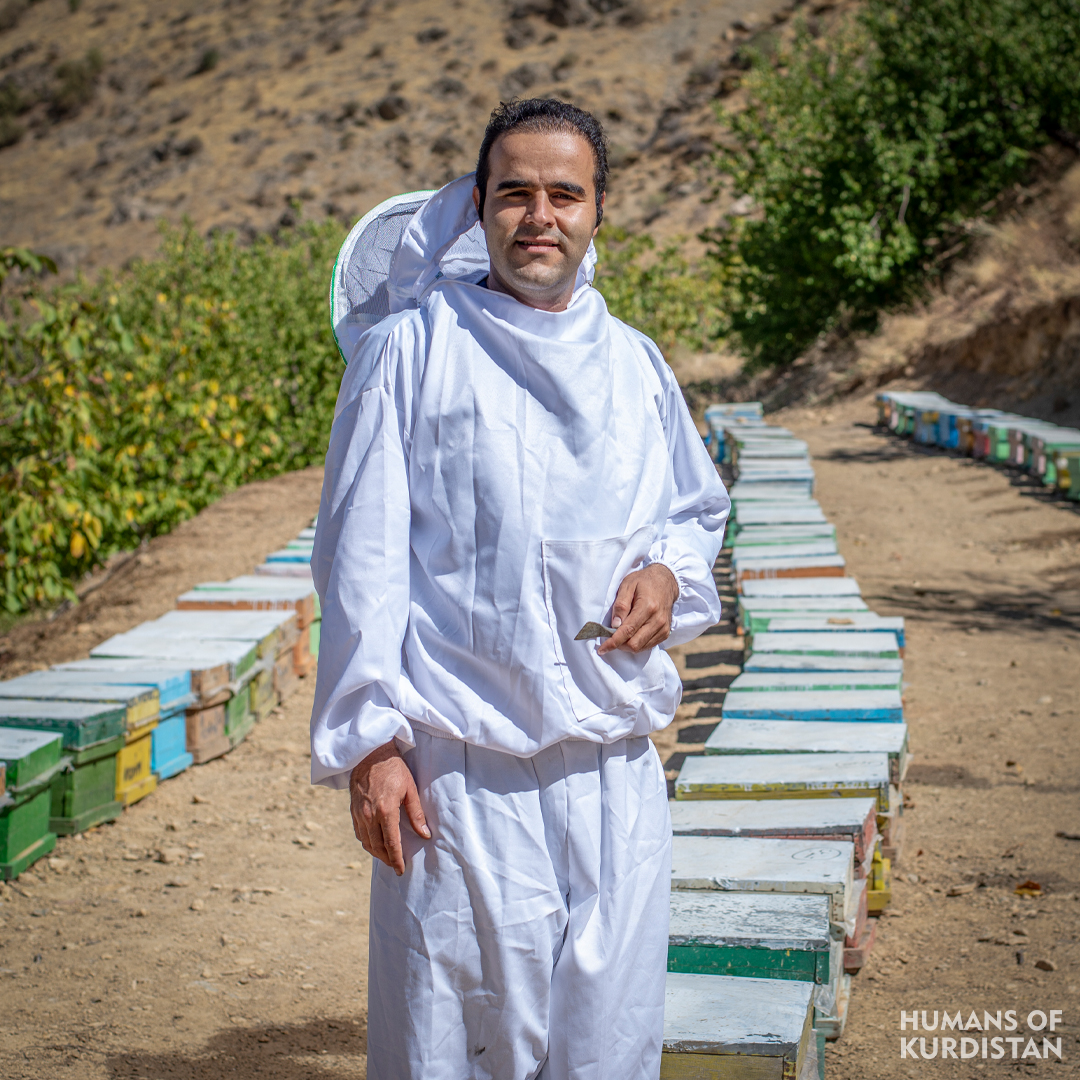 “My name is Jawad; I’m from Dolaw village in the Sanandaj district. I grew up with bees and beekeeping from childhood. I used to do beekeeping in the same fashion my father and uncles did. As I grew older, I started beekeeping academically and treated the bees the same way. I dedicated a lot of time and effort to it, and in a matter of three years, I became an exemplary beekeeper in the Kurdistan province. In the year 1398 of the Solar Hijri Calendar, I became the exemplary beekeeper in all of Iran.I have learned a lot from bees, such as discipline, cleanness, and calmness.Bees don’t live long, but they work and toil for the duration of their life. Most of the works that bees do are similar to what humans do. To be a beekeeper is to be away from the city and instead be at the heart of nature. It has its highs and lows.”