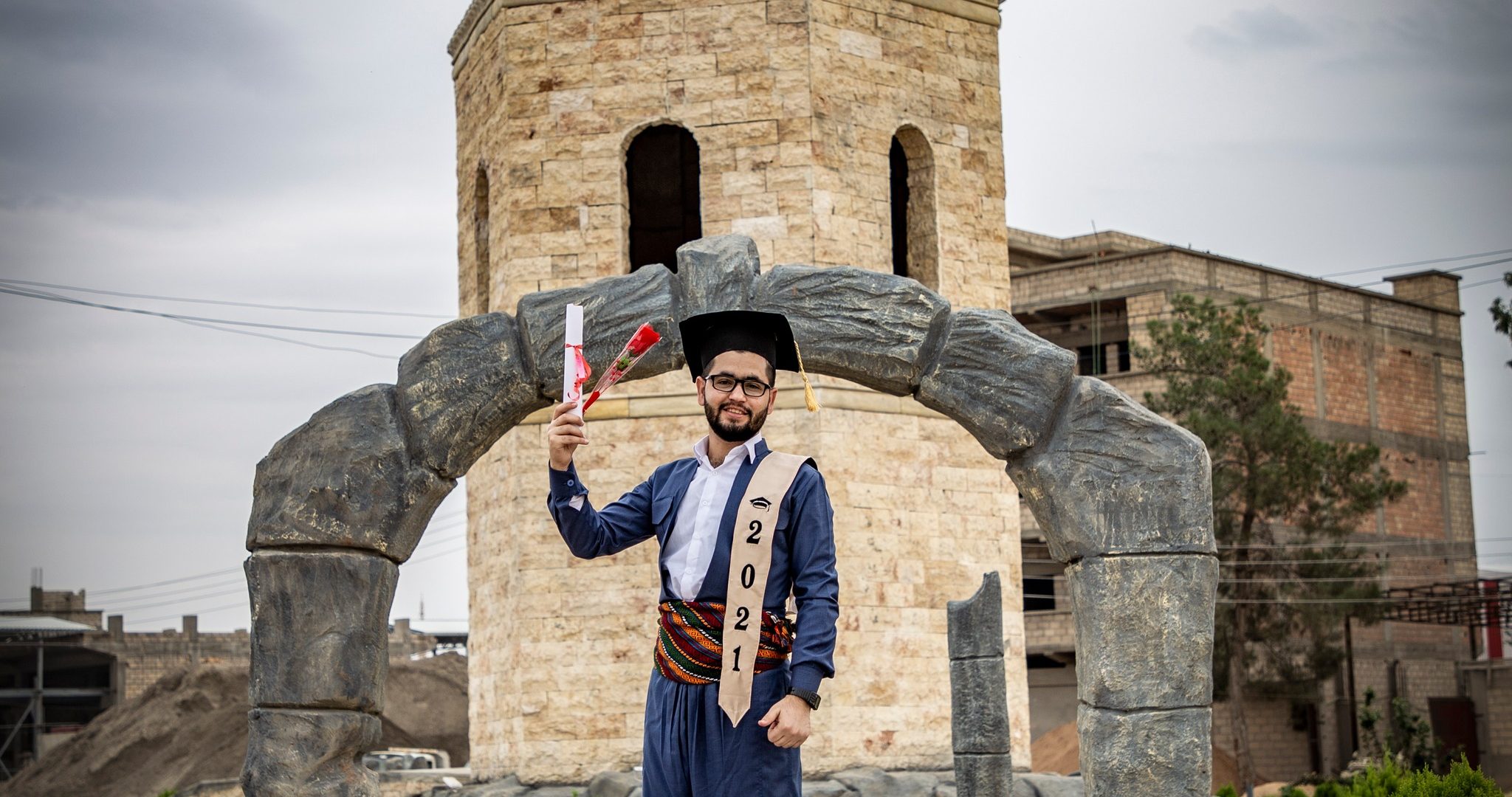 by Sartip Vim
0 Comments
in Humans of West

“My name is Firas Alou, and I’m 24 years old. I left my village “Ahras” when ISIS took control of it in 2015. Then, the city of Afrin became my refuge and my new destination for continuing my education. I stayed and became more in love with her than with my hometown. I studied at Afrin University, and my dream was to carry out a photoshoot session for traditional Kurdish dresses at the Prophet Hori Archaeological Castle once I graduate. The ramifications of war did not allow for this, as I was once again forced to flee after Turkey occupied Afrin in 2018. Four years later, I continued my education in the city of Qamishli. I was able to achieve a small part of my dream not in Afrin, though, but rather in Qamishli by conducting a photoshoot in front of the symbol of Prophet Hori Castle in the city”.