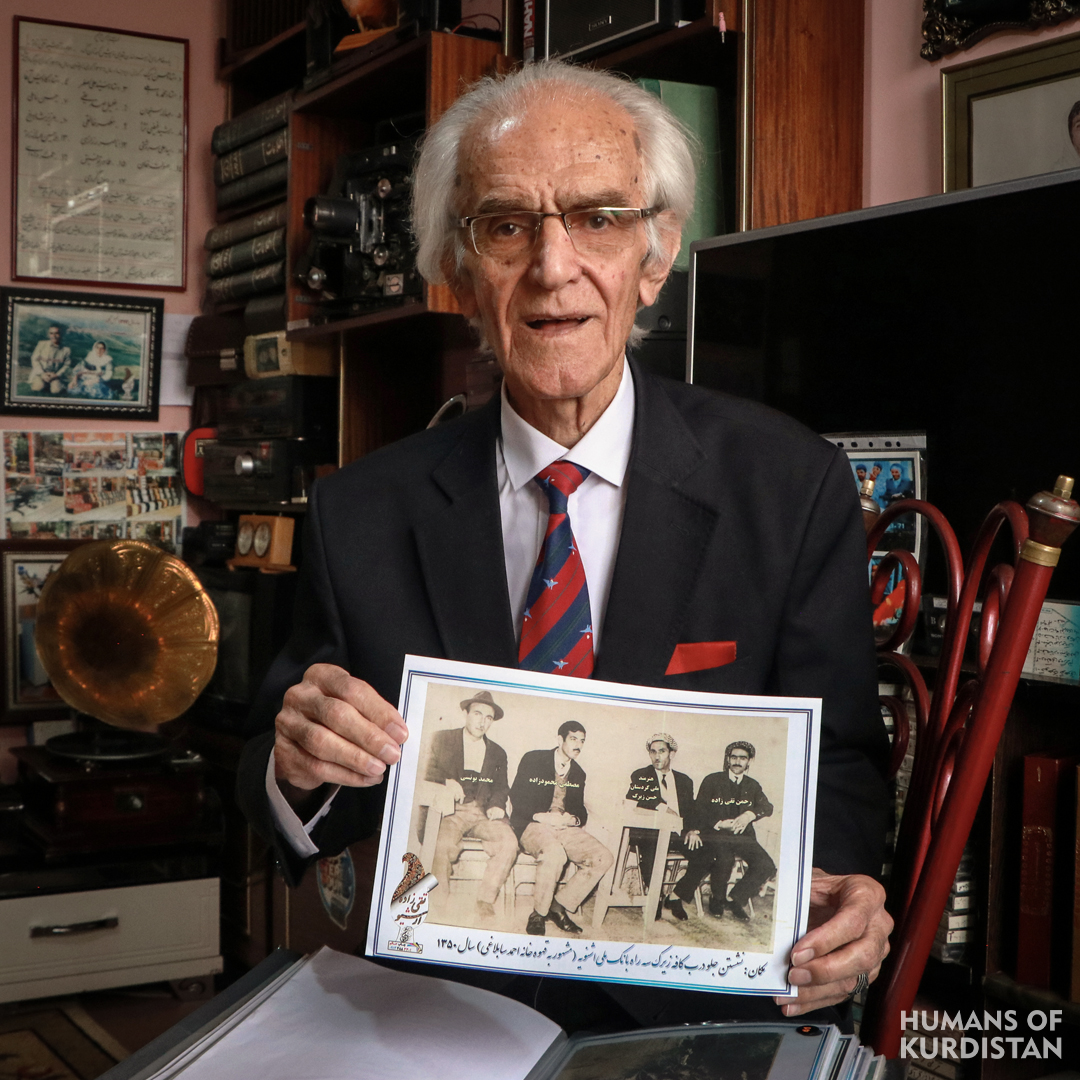 “My name is Rahman Taqi Zada, and I am 86 years old. I’m from the city of Shno in the Iranian Kurdistan. In my youth, I became familiar with Kurdish singers through radio, especially Hassan Zirek and getting to know him became an obsession for me. No one knows singer Hassan Zirek as much as I do as he stayed with me for three months. I gave him a room in my house and I was at his service. Everyone in Shno knows this. Having been with him in person, I was able to see a significant portion of his life up close and documented them in books for his audience.Sixty-four years ago, I started recording the contemporary singers of that time for the sole reason of my enjoyment at the radio stations. Now, I consider myself to have one of the most extensive archives of Kurdish singers. I have an immense archive that includes the oldest musical and visual instruments to the most modern ones”.