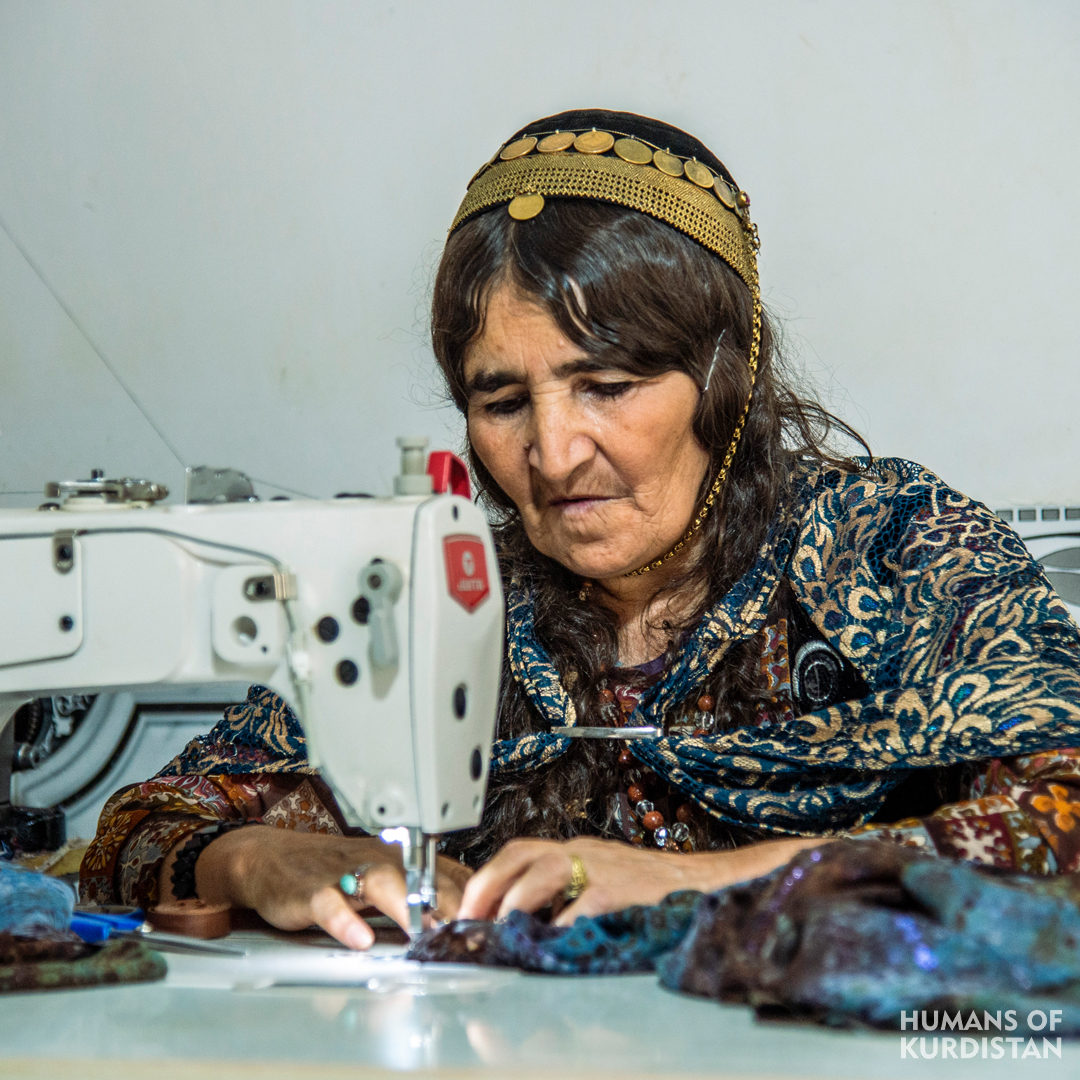 “I’m 55 years old, and I’m from Palangan village. Since childhood, I have been involved in traditional women’s works, making duvets, tambourines, and cotton ropes. My uncle bought a sewing machine for the family, and when he noticed how much I liked it, he gifted it to me, and I became the family’s seamstress. In the old days, it was a common practice for people who needed sewing work to call the seamstress over to their home once a year and sew their cloth there. Previously, we only had a few men who worked as seamsters. When they came over and worked on their manual treadle sewing machines, I observed their way of work and learned their techniques. Thus, I became the only seamstress in the village. I got married in the solar year 1363 (1984-5 Gregorian calendar), and my husband died a year later. I was pregnant at that time. Since then, I have covered the family’s expenses by working as a seamstress; half of the people of the village come to me for their sewing needs as they’re satisfied with my work. Personally, I wear the old style of Kurdish clothes, and now people want to wear those styles too and revive them”.