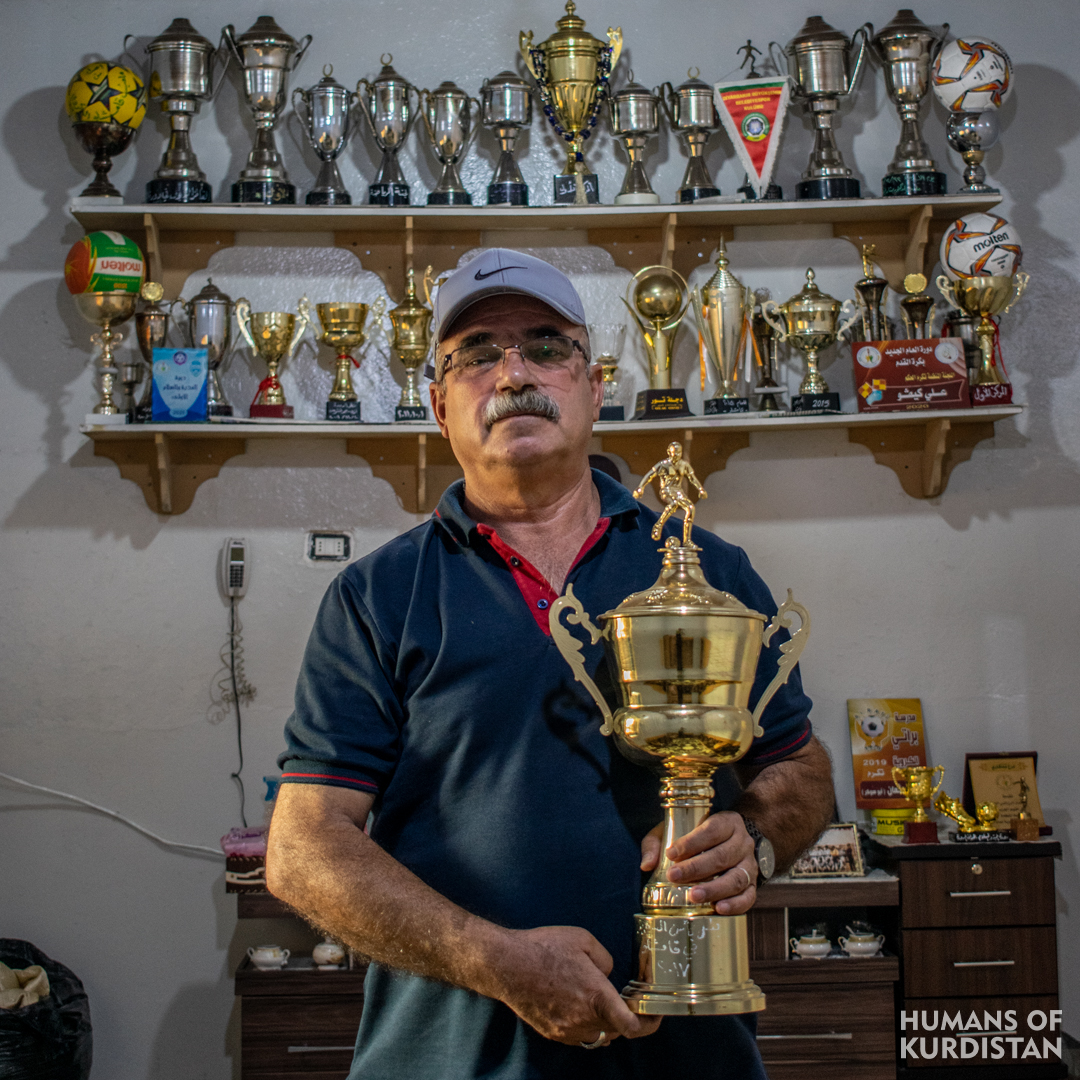 by Sartip Vim
0 Comments
in Humans of West

“I was in sixth grade when I started playing football and was participating in the tournaments organized by the schools. In 1980 when my father passed away, so many other responsibilities rested on my shoulders that I had to quit football for years. After finishing my military service in 1987, I returned to #Qamishli and got to know many talented youngsters, so we established a team named Joffintos together. The team consisted of 65 members, and I was one of them. In 2015 we arranged a tournament and were told that the team that would win the title will also open the new Azar 12th (March 12th) stadium and face the Amed Spor Team, which was a professional team. We won the tournament, faced Amed Spor as the Rojava team, and won against them in front of 15 thousand spectators.
We received many recognitions, and later I became one of the founding members of the Sports Union of Qamishli. Everyone in my family is an athlete, and we are focusing on our youngest to have a bright future”.